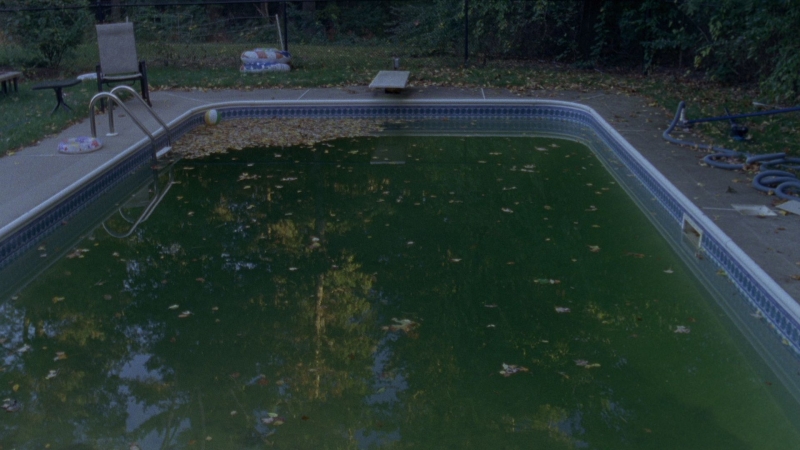 This year the Chargesheimer Fellowship for Media Art from the City of Cologne has been awarded to the two artists Miriam Gossing and Lina Sieckmann. The award ceremony and the opening of the exhibition "This has been going on for years" take place on Wednesday, November 2, 2016 at 8pm in the artothek – Raum für junge Kunst.

The central work of the exhibition is the film "Ocean Hill Drive", which was awarded as a common thesis of Miriam Gossing and Lina Sieckmann at the Academy of Media Arts Cologne this summer and received the prize for the "Best Movie - NRW-Competition" at the Short Film Festival in Oberhausen.

Based on extensive interviews with residents of a suburb in the eastern US, the artists developed a film script in which it comes to the vague fears and projections of people in their native environment enters a permanent and nervous pulse of light and shadow. The so-called flicker-effect, a motif known from structural experimental films emerges here in documentary Images of American Suburbia. Tableau-like views of deserted spaces, the artists with the voice of a fictional narrator and provide a hint of the insidious oppression of horror movies mood. Editorial moments become a fictitious whole in which the boundaries between reality, memory and fiction.

Miriam Gossing (1988 born in Siegburg) and Lina Sieckmann (1988 born in Engelskirchen) know each other since childhood and work together since the middle of their study at the Academy of Media Arts Cologne (2009 2015). 16mm film and video, photography, and books are the media in which they move. Their work results are characterized by intellectual sensitivity and sensitive implementation of their projects, properties that they have developed together over the years of cooperation. Intensive research and meetings with groups and individuals identify their work as well as the clear and unambiguous approach to urban and private architectures and artificial worlds, let the longing, fear, anxiety and alienation arise. The diversity and formal consequence of their works are always not didactic and subtly politically.