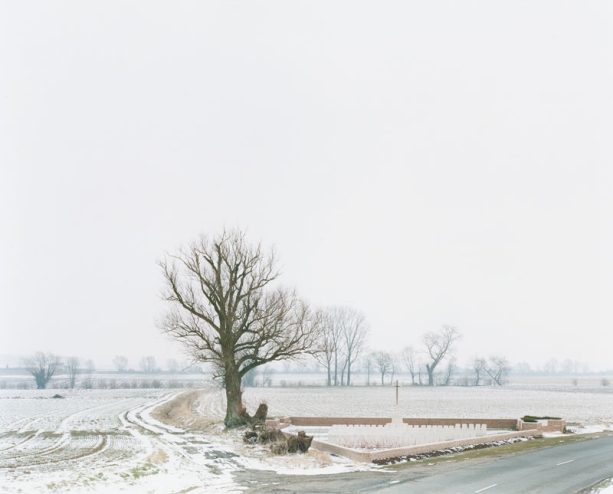 An exhibition within our series
„
We have guests
“
And suddenly the memory revealed itself. ”
Marcel Proust

Playing football between the tombs, picnic on the gravestones, Sunday mornings with granny: For a long time, the French artist Aymeric Fouquez did not think about the historical significance when he visited the countless military cemeteries of World War I in the North of France and Belgium. Like Proust’s famous madeleine dipped in lime blossom tea, they were just reminiscences of his happy childhood days. Together with his grandmother, little Aymeric embarked on Sunday excursions to the well-kempt neighbourhood war cemeteries. To him, they were peaceful and safe spaces where children could play. The perfect football pitch to
fulfil his childhood dream: playing like Michel Platini, the master, and follow in his footsteps.