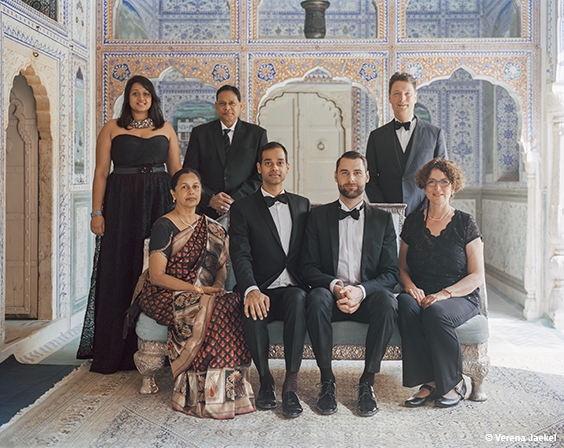 Marriage for all. That is the theme of the exhibition On Marriage. In other countries, the complete equality of lesbians and gays in marriage has already become reality. 15 years ago, the introduction of the ‘civil union’ in Germany was a first step. But in many areas of law, same-sex couples are still disadvantaged. While the majority of the population, when speaking of marriage and getting married, does not make a distinction for same-sex couples, there is still a lack of true equal treatment.

As patron of the exhibition, we welcome Bundestagsmember Mr. Volker Beck, who for years has championed the equality of LGBT: “We want a society in which it is possible to be different without fear. We do not want any special institutions for homosexual couples, but rather marriage for all.” (www.volkerbeck.de/kategorie/politik/lgbt/)
“anders.Leben!”( “different.Life!”) is the theme of this year’s ColognePride. In this sense we call upon you: “Open Call: Show us wedding photo!”
Inspiration for this exhibition were family portraits of the wedding of two men by Verena Jaekel. A Fotoraum curator on the portraits: “Looking at the pictures I noticed how much I was focussed on a man/woman couple constellation. So I was searching the picture for possible couple combinations, although I knew the picture shows a wedding of two men! In her work, the artist Verena Jaekel explores the contemporary image of the family and considers this complex issue from different perspectives. Already in 2005 she portrayed same-sex couples who had fulfilled their wish of becoming parents. Fotoraum Köln e.V. presented the series “New Family Portraits” in 2014 in the context of ColognePride under the patronage of Volker Beck (MP).