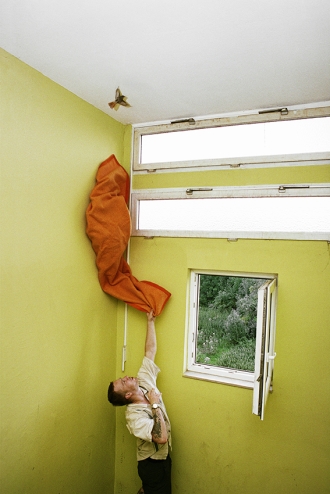 When an earthquake shook Haiti in january 2010, Margitta started a fundraising campaign among her neighbors in the homeless shelter Weimar, which she called "Two beers for Haiti".
The Idea was for every resident to drink two beers less a day. She collected a total of 15 Euros. (Nathalie Mohadjer)

Photographs inside the homeless shelter of Weimar.

Nathalie Mohadjer was born 1979 in Kassel, Germany.
She lives in Paris, France.