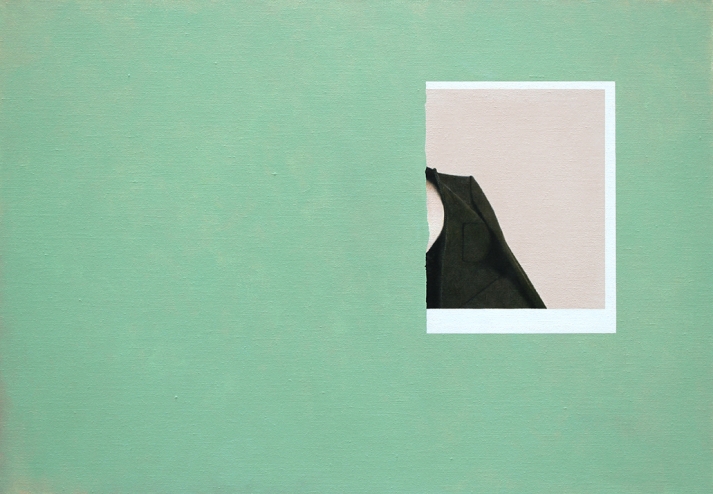 Rune Elgaard’s practice spans painting and drawing and utilises tension between photorealism and non-figurative imagery. His source material is found footage and he disrupts contextuality by combining images similar to the making of a collage. The works have an almost cynical sense of accuracy but they are simultaneously tactile as they are either drawn or painted.
You are literally on the edge of things when confronted with a work by Elgaard. His choice of motifs looks like a scene a photographer would see though the lens just before selecting the image. Your attention is drawn to the gap, to the periphery and to the moments before something happen, dramatic or trivial.
Michel Foucault uses the term heterotopia to describe spaces that have more layers of meaning or relationships to other places than immediately meet the eye. These are spaces of otherness, which are neither here nor there, that are simultaneously physical and mental, such as the space of a phone call or the moment when you see yourself in the mirror. According to Foucault the ship is the utmost heterotopia. It is a place characterized by movement, constantly on the way to other places without ever really arriving, it is a no-place.
In Moments Of Hesitation Rune Elgaard presents a series of paintings that address the duality and contradictions of certain moments and spaces.The exhibition offers neither a purely perceptual or conceptual experience. It oscillate between the two and can be seen as a heterotopia that arouses the imagination.